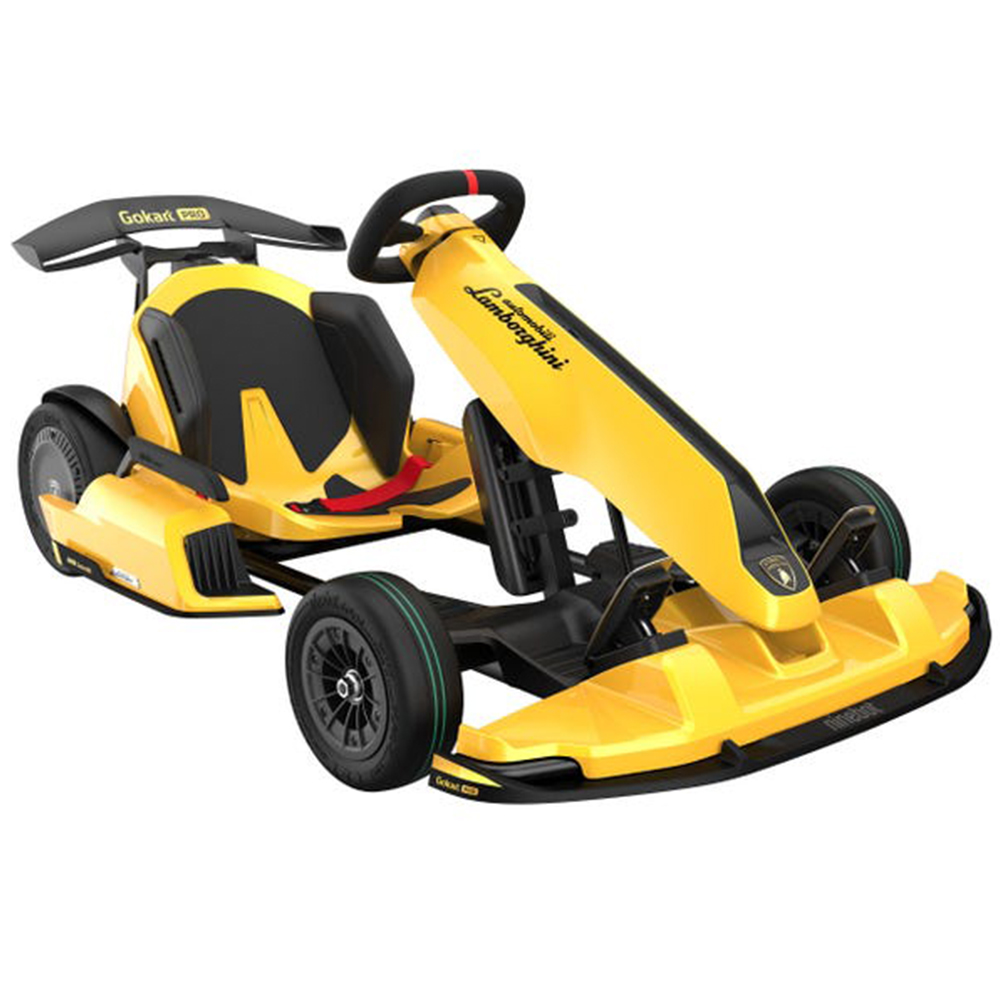 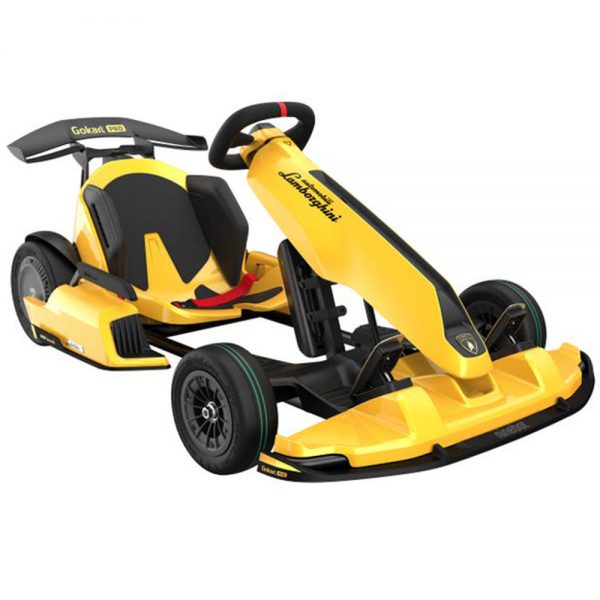 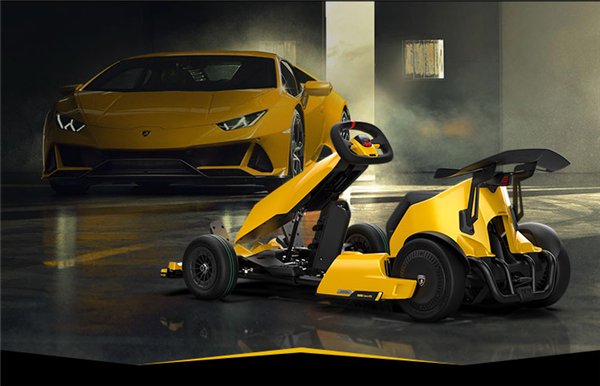 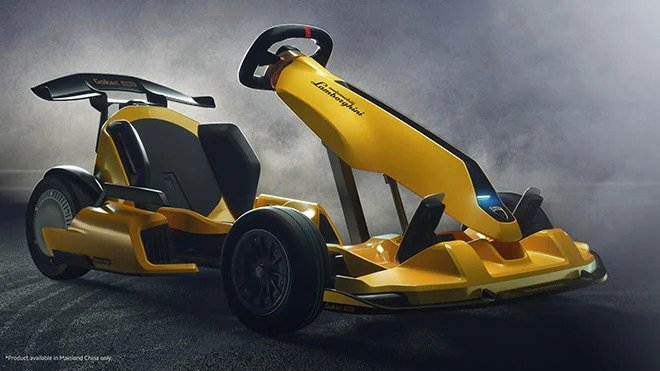 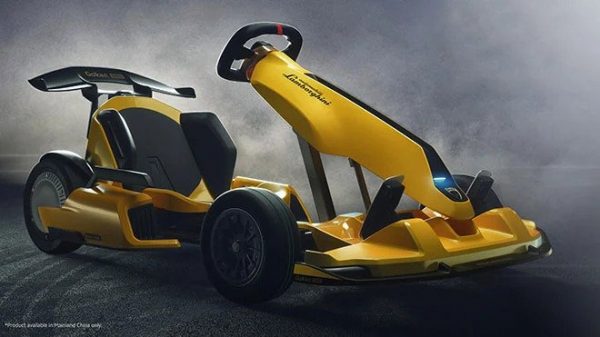 In terms of its drive capabilities, the go-kart has several aspects included specifically for drifting and racing, such as custom rear tires and four different driving modes that can be selected in its app. To complete the Lamborghini-like feel, the go-kart is also equipped with four speakers that can either play music with its Bluetooth capabilities or audio that mimics the sound of a real engine.

Lamborghini is all about exotic performance cars, and they’ve just made a tiny electric go-kart that’s true to their name. In a collaboration between China-based Xiaomi and Lambo, The Ninebot GoKart Pro Lamborghini Edition was born. The limited release kart is all-electric has custom rear tires, four driving modes that are smartphone app selectable, and it has drifting capability, as well. While it’s not eye-searing in terms of speed, it can manage 24.9 mph while you toss it around the local mini-track (or while terrorizing your local neighborhood streets). Clad in yellow, the kart has components made by Lamborghini, and it even has a front end like an F1 car and a big multi-plane wing that looks good and might even create a bit of downforce. Production is limited, and it will come with its own chassis number plate. The most interesting feature, however, might be its ability to be used as a standing two-wheeled electric scooter that’s part of the base of the kart. No word on the price tag or range, but who cares, it’s a freakin’ Lambo.

NO RELATED POSTS (OUT)